Sailing the waters of the Esquimalt Harbour

Adam Checketts, training officer with the Canadian Forces Sailing Association, his eight-year-old daughter Gwynneth, and Ryan Kaye, junior advisor with the association, show off the boats at the Esquimalt Harbour.

Sitting on a 24-foot sonar sail boat and feeling the power of the wind as it pushes the boat along the waters of the Esquimalt Harbour, it is easy to see why Ryan Kaye and Adam Checketts love sailing.

The ocean is calm on the sunny Friday afternoon as the boat, known as Oi!, travels smoothly over the water with its passengers aboard. Looking across the harbour is Fort Rod Hill and the Fisgard Lighthouse, with CFB Esquimalt to the left. There are no sounds other than the gentle lapping of the water against the boat.

“It is a different world and it is not our usual world,” said Checketts. “It is so peaceful. The boat is quiet and you are not interrupting your scenery, you are joining with it. From the wind in your sails to being quiet and sliding along the water, you are part of the environment.”

About 10 minutes prior to the picturesque scene, Kaye and Checketts, both of whom are with the Canadian Forces Sailing Association, work to catch the wind to sail the boat.

Checketts pulls up the main sail, followed by the jib (another sail that moves the boat forward) while Kaye pulls on the halyards to tighten the lines. Checketts eight-year-old daughter Gwynneth works to find the wind, using the windex (an arrow that sits at the top of the mast and points in the direction the wind it blowing). Slowly she moves the tiller, used to steer the boat and within a couple of minutes, they catch the wind.

The boat floats quietly and effortlessly as it sails out of the harbour towards the Olympic Mountains looming in the distance.

For Kaye, who grew up with grandparents who sailed, the sailboat has become a second home to him. He learned to sail when he was 14 years old with the sailing association, taking courses for two consecutive summers. The following summer he volunteered at the association, and the next year he returned, this time as an instructor, teaching children how to sail and race.

The now 26-year-old has also moved on to sail competitively with much larger boats around Vancouver Island. He has sailed in the VanIsle 360 race — a 14-day race around the Island, as well as around Seattle and Sidney.

“When you get to the start line, there is a serious adrenaline rush. You have two, three seconds to make a decision that could cause two boats a lot of time and effort,” said Kaye, adding he has seen a variety of wildlife including orcas, dolphins, seal lions and porpoises on the water. “I find that really fun.”

For Kaye and Checketts, there is also a social aspect of sailing, where they can hang out with friends for the day. The duo agree sailing is a peaceful and calming experience, and something that more Islanders are picking up on.

According to Checketts, who is the training officer with the association, the number of people enrolled with the sailing association has remained steady over the past few years, with more people taking it on as a life-long passion, instead of taking a course and not continuing on with it. The same children often return year after year, he added.

Optimist wet feet and basic are the beginner courses, and teach children safety on the water, starting with life jackets, capsizing and man overboard drills. From there, sailors can take four more courses at various levels for kids aged four to adults.

“Sailing is like learning how to ride a bike. Once you learn how to sail, you can sail anything,” said Checketts, noting there were roughly 98 students who took courses between July and August this year.

“The physics of how a boat moves through the water is the same as any boat . . . things just get bigger.”

Checketts was quick to note the association is not just for families of people in the Canadian Forces, but for everyone as well.

Information on traveling to USA 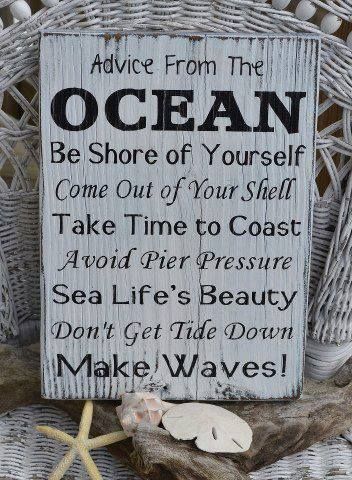 Funny Bone
Things Sailors Don t Say:
We have enough beer for everyone.
It s pretty windy, I think we ll stay on the dock today.
We can t sail this weekend, we have church.
My doctor says that weekend racing is really helping my rage issues.
Oh sure you can totally borrow my bowman that weekend, he is free.
This winter we re going on a cruise ship to the BVIs.
We have plenty of ice.
I've stopped drinking for the summer.
I traded my J22 for this awesome pontoon boat.
Port!!!!
Sailing is better than sex because your partner will never say no.
Not agian, we just sailed last weekend.
Is sailing all you think about.
A mobo-er meets an old salt in a bar, and they take turns recounting their adventures at sea. Noting the aging skippers peg-leg, hook, and eye patch The mobo-er asks "So, how did you end up with the peg-leg?"
The raggie replies "We were caught in a huge storm off the cape and a giant wave swept me overboard. Just as me crew were pullin me out a school of sharks appeared and one of em bit me leg off".
"Blimey!" said the mobo-er. "What about the hook"?
"Ahhhh...", mused the old salt, "We were in a bar in Casablanca and a little disagreement ensued over a woman. In the fracas me hand got chopped off."
"Blimey!" remarked the mobo-er. "And how about the eye patch"?
"A seagull droppin fell into me eye", answered the abashed raggie.
"You lost your eye to a seagull dropping?" the questioner asked incredulously.
"Well..." said the old salt - " it was me first day with the hook."